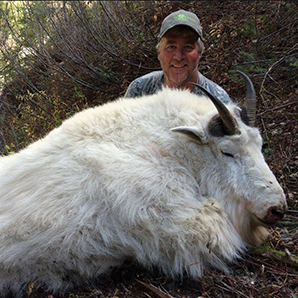 Flying Arrow Archery was founded in 2012 by Chris Rager in the incredible state of Montana. Chris the previous owner of Trophy Ridge/Rocket Aeroheads, spends countless days and hours in the field searching for ways to create better archery equipment. Not satisfied with the current broadhead designs, he wanted to engineer a broadhead that would forever change the way Archers think.

Having owned Rocket Aeroheads and having multiple mechanical and fixed blade broadheads in his lineup, he knew personally what archers were looking for – a broadhead that would fly straight and create the most hemorrhage in an effort to harvest an animal as quickly and humanely as possible.

Through this revelation, Flying Arrow Archery was born. We have used nearly every fixed blade and mechanical broadhead on the market in an effort to discover the perfect broadhead. We are partial to fixed blade broadheads because of their resilience and low profile, but we also understand the ease use of mechanical broadheads because of their flight characteristics and wound channel. We had spent several years on a concept but were never quite satisfied. It seemed that in wanting to create a broadhead that would do everything, the only options would lead us to build another "me too" broadhead with a huge cutting diameter, with all the moving parts, rubber bands, O-rings, clips or set screws that are currently being used and designed around. That wasn’t good enough.

From diligent research and development came the idea that a true coring broadhead could be a revolutionary advance in the field. Archers have tried to get a coring broadhead to work effectively for years. They put blade rings around the back of the fixed blades or use them as bleeder blades. These were mostly used in the old days on traditional equipment with wood or tapered aluminum arrows. The known coring broadheads were simply ineffective and undesirable because most of the arrow's energy was lost when the ring hit ribs. The concept of coring was intriguing for obvious reasons, yet the old style broadheads would not satisfy today’s archers. Then, along came the unique and innovative Toxic. It’s a coring style broadhead and has no linear blades. The Toxic is available in 100 grain and has multiple replaceable blades that are razor sharp and taper back instead of being perpendicular to the target, which increases penetration dramatically.

It’s the perfect broadhead. It flies as straight and quiet as a field tip, it has great penetration, and it has reduced wind drag for making those tricky shots count when the weather conditions aren’t always cooperating. It’s low profile to reduces the chance of making contact with bone, it has over 4.7 inches of cutting surface making it second to none in its category, and most of all, it has no moving parts, set screws, clips, O-rings or rubber bands.

As with any broadhead, it’s the archer’s responsibility to put the arrow in the right spot. If the archer does their job, they will notice a visibly increased, but shortened blood trail. The Toxic leaves a wound channel that has been described by a surgeon as a “Radical Core Decompression” wound – the most lethal of wounds. The archer will notice when the arrow strikes, the animal’s will to live is less than traditionally expected in the archery world. In other words, you, the archer need to try the Toxic and experience what the Flying Arrow Archery family has been able to experience. Give them a try. You will not be disappointed.

We personally invite you to join our team. As always, respect the outdoors, stay safe and good hunting.